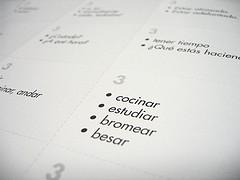 This article of the Spanish Civil Code provides as follows: There will be between the spouses separate property: 1. When they had agreed. 2. When spouses have agreed on marriage contract not governed including the conjugal partnership, without expressing the rules to be governed by their property. 3. When you go out, steady marriage, the conjugal partnership or sharing arrangements, unless the wishes of the stakeholders would be replaced by another different system. On the so-called separation of ownership is necessary to consider the 1444 Article 1436 Spanish Civil Code which will study below. Article 1436 The demand for separation of property and the final decision has been declared are to be entered and recorded, respectively, in the Land Registry, as appropriate, if you fall on real estate.

The final decision will be noted also in the Civil Registry. This legislative item is a defect that the regime of separate property states that only registered in the Land Registry and the Civil Registry, where such action is necessary to register all property records such as registration of vehicle ownership, the holdings records, records of ships, boats, aircraft, fishing boats, patents, trademarks, copyrights and actions. Article 1437 The separation scheme belong to the property each spouse had at the initial moment of it and those who subsequently acquires any title. Also correspond to each management, enjoyment and free disposition of such property. Article 1438 The spouses contribute to sustain the burdens of marriage. In the absence of agreement, they will in proportion to their economic resources.

There are no comments.